They didn’t do it with the style and panache we expected, but Leinster duly prevailed as anticipated on 12 May to win an incredible fourth Champions Cup. The muted celebrations after the game told a tale of relief and quiet satisfaction more than exaltation. Indeed, anyone who didn’t know the outcome would swear that Leinster had lost such was Johnny Sexton’s sullen demeanour. One wonders if the perfectionist Irish fly-half actually enjoys days like this or is he too caught up berating himself over perceived errors and looking ahead to the next challenge to savour the moment?

But Leinster did indeed win and what a magnificent achievement it is. Some of us are old enough to remember Munster’s travails in the early years of this competition (or its predecessor to be more precise), when buckets of blood, sweat and tears were expended in the search for the elusive holy grail. All those great performances and victories only to come up short. So near and yet so far! Leinster on a quadruple? Damn it, Munster fought so hard to win one!

Some are even old enough to remember the glorious time when a team of semi-professionals from Ulster blazed a trail for the Irish provinces in the European Cup in the year the English clubs boycotted the competition. Believe me, it was no average achievement as European giants like Toulouse and Stade Francais floundered in Belfast’s cathedral of pain.

In those days, it seemed absurd, inconceivable that an Irish province would ever win four European Cups. The achievement is put into clear context by the numerous obstacles that were put in place to prevent this very eventuality from occurring. The old Heineken Cup was a truly wonderful rugby tournament, adored by fans all over the world. But the English and French club owners didn’t share the supporters’ affection. Some perceived a Celtic bias.

The Anglo-French clubs, financed by tv sugar daddies and billionaire benefactors, were rattled by the illogical success of the Irish provinces. Despite pouring a fortune into the game, the European Cup was a competition they couldn’t buy easily. Unable to beat the Irish as regularly as they wanted, the Anglo-French owners were left with only one option in their myopic minds: to destroy European rugby’s pride and joy.

Maybe they were jealous of the provinces’ success. Maybe they resented that the old ERC was based in Dublin. Whatever the motivation, the moguls were set on dismantling the Heineken Cup. And when the English Premiership clubs unilaterally sold their European tv rights to BT Sport, the writing was on the wall for the European Cup as we knew it. Determined to get a bigger share of the tv and monetary spoils, the English/French clubs and their sympathisers eventually brought the curtain down on the ERC and facilitated the establishment of the EPCR in its place.

Initially, the ploy worked well. The new competition was dominated by our Anglo-French cousins, the first three tournaments being won by Toulon and Saracens; clubs that are the very embodiment of the new European order. Meanwhile, the Irish provinces struggled to get out of the pool stages and it seemed the days of Irish glory in the European Cup had been permanently consigned to the past.

But then something curious happened. The Irish provinces stormed back into contention, culminating in the superb fourth tournament win by the best team in the continent. You see, as it turns out, there are some things that money can’t buy. Irish rugby’s strength is that it controls its players. Once the IRFU made the bold and visionary decision to centrally contract its star names and ward off the avaricious advances of club owners, it set a template for rugby governance that’s the envy of the world. The rewards are there for all to see: two Grand Slams and six Champions Cups tells its own tale.

In all of this, Leinster lead the way and the province is building a legacy that has the potential to last years. The Blues are currently reaping the benefits of a veritable conveyor belt of talent. Brilliant and fearless youngsters like Jordan Larmour, James Ryan and Dan Leavy are the product of an unrivalled schools system that’s producing not just quality but massive strength in depth. The rest of Europe can only look on with envy at the wondrous production line that is the Leinster Academy.

Massive credit goes to Leo Cullen, a coach who was openly questioned in his first season in charge, but has become the first person to win Europe’s premier competition as player and coach. What a story! Cullen’s double act with the ever modest and self-effacing Stuart Lancaster has delivered the goods time and again. Such vindication for the former England coach after his World Cup nightmare. Few would begrudge his ebullience at the final whistle. How sweet his redemption must taste.

But the real plaudits are reserved for the Irish system. It’s been a testing season for Irish rugby for reasons we all know but the Irish have finally rediscovered the winning formula. It’s an incredible achievement given how the odds are stacked against them. Something tells me that we won’t need to wait for a Blue Moon for the next Irish European Cup triumph. 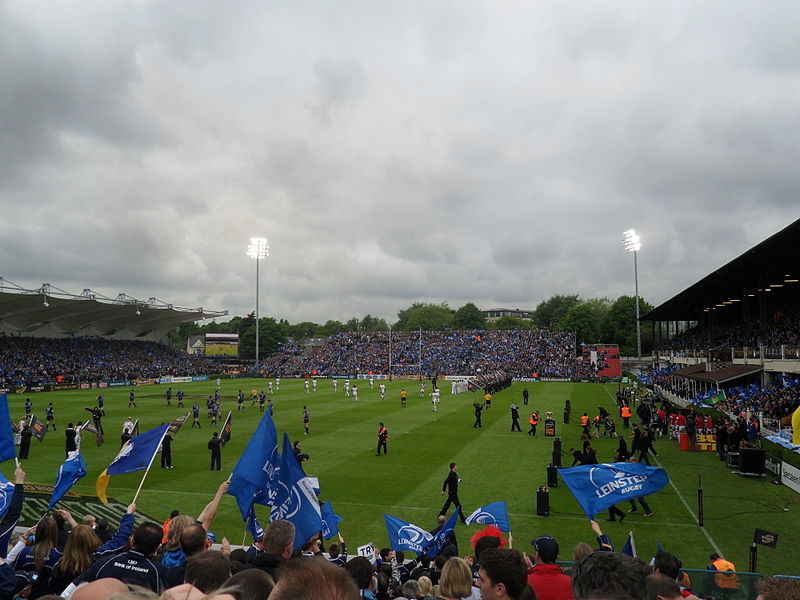