It may have escaped your attention but today (10 April 2018) is the 20th anniversary of the Good Friday Agreement (GFA). With the institutions the Agreement spawned currently mothballed now and for the foreseeable future, any sense of celebration or euphoria has been sensibly put on hold. No doubt, the powers-that-be hoped that this landmark would be an affirmation of stability and progress, a proclamation of enduring hope, but recent political events in Northern Ireland have underlined what a precarious and fragile business peacemaking undoubtedly is. Still, the unavoidable reality of the present political mess shouldn’t detract from the epochal achievement that is the GFA.

I remember the referendum and campaign like they were yesterday. Having not long secured the ability to vote, the whole event was rather novel and it was impossible not to be caught up in the sheer sense of occasion, the notion that something truly historic and unprecedented was happening. Mine wasn’t a generation that was especially political (unlike today when youngsters start online petitions about everything from protesting against wars to the price of their favourite tea) but not participating in the referendum wasn’t an option here. Most people I knew had serious misgivings about the GFA and its fundamental flaws but there was an impetus behind the campaign that reflected an overwhelming desire for change. We were determined to end the madness of the previous years. It was a vote for a better future. A vote for peace.

It was a euphoric time. And 20 years on, it’s easy to feel deflated and despondent in comparison. Our politicians have failed time and again to deliver on the palpable promise of those heady days. In the midst of petty bickering and disputes over relatively inconsequential issues, it’s hard not to feel disillusioned about the state of local politics. And yet it’s equally easy to forget how massive a triumph the GFA actually represents.

To understand the Agreement’s achievement, you have to put the negotiations in the unremittingly grim context of the time. The ’90s was a dire period for Northern Ireland. Shankill, Greysteel and countless other atrocities haunt everyone who lived through those bleak years. Yet, in spite of the inevitable bitterness and hatred that such events inspired, old enemies sat down, talked, listened and, against all odds, negotiated a political compromise that offered something for everyone. It was no mean feat.

The wholesale disillusion and cynicism that infects any discussion about the GFA is derived from unrealistic expectations regarding what the Agreement could deliver. In the halcyon days post the Agreement’s signing, many deluded themselves that the centuries old Irish problem had been solved, that we were all going to let bygones be bygones and live happily ever after. Such a preposterously idealistic vision was always going to get brought back to earth by the much more nuanced reality. There’s a propensity to look in the Agreement for answers it wasn’t able to deliver and, indeed, never intended to provide.

You see, the Agreement was never meant to be a perpetual and immutable solution to all  Ireland’s ills. In fact, it wasn’t really a settlement as such. Not a permanent one anyway. The GFA was a carefully calibrated and constructed compromise that gave something to everyone who bought into it. Although equality was of course one of the GFA’s central tenets, the Agreement didn’t seek to make everyone the same. One of the great fallacies of the last 20 years is the notion that the GFA meant we could forget our divided history and embrace a common and identical future.  Nationalists weren’t being encouraged to become unionists or vice versa.

Rather, the Agreement provided a framework where both the main traditions in Ireland could pursue their mutually exclusive and divergent agendas, but in a context of power-sharing and peace; in a climate of mutual tolerance and respect. It was about providing space for traditions and communities to respect one another and find ways to work together on areas of mutual interest. True reconciliation was indeed an integral aspiration but in 1998 such considerations were necessarily long term. Much more important 20 years ago was the fostering of  practical and meaningful cooperation; allowing the constitutional issue to resolve itself in the fullness of time.

And it’s those core concepts of mutual tolerance and respect, of parity of esteem; that have suffered so horrendously in the intervening years. As we survey the present wreckage and inertia that characterises modern northern politics, respect is indeed wholly conspicuous by its absence. How on earth can we work on trust and partnership, let alone reconciliation, if there isn’t even basic courtesy and respect? Given the calamitous mess we’re in, therefore, how do we define the bitterly disputed legacy of the GFA? And if there is a legacy, have we really squandered it?

For all our difficulties in Northern Ireland, we’ve come far. We must  remember that. It’s something we tend to overlook in this part of the world. It’s a Northern Irish thing. We blithely ignore our progress and fixate obsessively on our seemingly intractable problems. The glass is always half empty. But on the 20th anniversary of one of the key moments in modern Irish history, it seems more apt to focus on the positive side of the ledger.

In 1998 it seemed implausible, inconceivable even, that Ian Paisley and Martin McGuinness could ever be in government together, let alone have a mutual affection and partnership. There was too much history, baggage and animosity. Sinn Féin and the DUP working together? Sure, don’t pigs fly too? And yet it happened. As did so much else besides. You only have to look around Belfast city centre to see how a haunted town has been transformed into a bustling, busy and, yes, increasingly cosmopolitan place. Would any of those breakthroughs have happened without the GFA? Don’t believe it.

So, how should the Agreement be assessed, twenty years on from its codification? Despite its legion of problems, the story of the GFA remains a narrative of success. Of course, there are flaws but its constitutional and political architecture endures in spite of those issues. The most common gripe has always been that the Agreement institutionalised sectarianism; that the GFA created as many problems as it actually solved. There are no shortage of believers in the idea that Northern Ireland’s vast political problems have been exacerbated by the GFA and the awkward idea of ‘constructive ambiguity’ utilised by successive governments to smooth its rocky implementation.

While the idea has plenty of merit, it’s hard to dispute the notion that the Agreement delivered emphatically on its main purpose. If peace was the elusive prize, surely we can withstand a few forks in what was always going to be a difficult road to travel. It’s said that the price of liberty and peace is eternal vigilance and this truism was evidenced within months of the GFA when the Omagh bomb shattered the optimism of Good Friday. However, as we reflect on 20 years of the GFA and the new political dispensation it created, awful events like that have largely been consigned to the past.

Northern Ireland is transformed from where it was 20 years ago. Our peace might be imperfect and Brexit has certainly added another layer of complication to an already  vexed political process, but it’s wrong to discount and squander the gains of the last two decades. Flawed as it undeniably is, the Irish peace process has delivered the goods in so many lasting ways. In terms of legacy, a whole generation has grown up since 1998 that knows nothing of the Troubles. The dark days of the past are something those young people read about in history books. The GFA’s legacy is a legacy of peace. And that’s not too shabby. 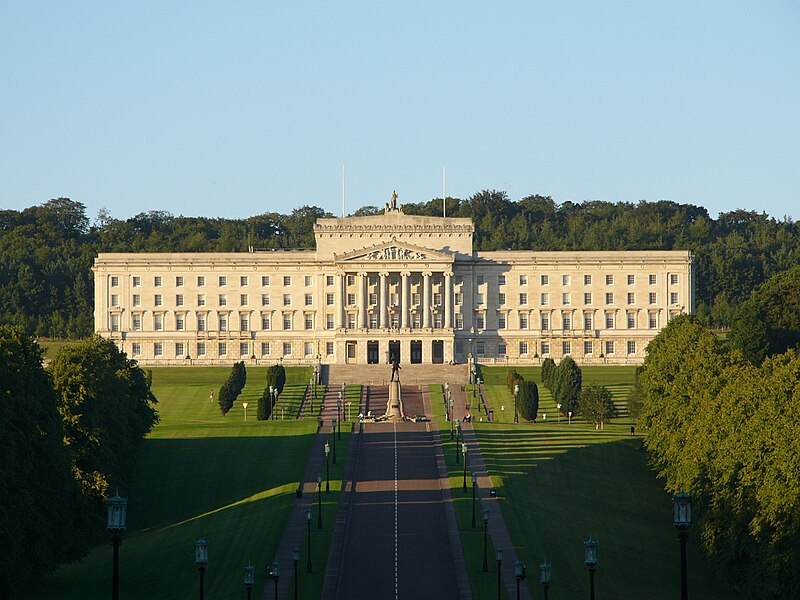