It doesn’t generate the hype, profile and (if truth be told) over-exposure of the men’s equivalent but the Women’s Rugby World Cup kicked off this week. The tournament is being hosted in Ireland this time. I must admit that until recently I was an avowed sceptic of the women’s version of the game. Despite being a committed rugby fan, it wasn’t something that tickled my interest in a major way. I had watched a little in the past but hadn’t quite been converted. Therefore, I noted the comments made by ex-Ireland international flanker David Corkery with interest this week. For those who missed it, Corkery, as reported in the Irish Independent, said:

“Personally, I find watching the women’s game complicated and arduous to watch. I think we all partly watch rugby because of the physical battles it produces. The big hits, the powerful runs, the struggle at the scrum and so on, however I simply do not like watching ladies knocking lumps out of each other.”

Until recently, somewhat shamefully, I agreed with some of what David said.  I believed that although there was absolutely nothing wrong with women’s rugby-if ladies wanted to play the game, good luck to them-it wasn’t something that I found particularly appealing. However, with the World Cup having kicked off, I find myself thinking quite differently. Why shouldn’t the female version of the game receive the same support and backing as its male counterpart? Why should the girls accept a status as secondary and subservient to men’s rugby? Okay, the female game doesn’t generate anywhere near as much publicity or money as the male version but does that mean that it should be considered worthless, without merit? Of course not!

I haven’t watched a huge amount of women’s rugby in recent times, but the last time I viewed a game, I was blown away by the vast improvement in the standard of the rugby on offer. The skill levels were quite superb and the players certainly weren’t lacking in physicality or technical application either. It was a world away from the first few games I’d taken in many years ago when the women’s game was still very much in its infancy. In fact, I was extremely impressed and unquestionably entertained by the spectacle on display. Absolutely nothing secondary or inferior about it.

His views have been branded controversial, but does Corkery have a point? My former misgivings about the female game had nothing whatsoever to do with the gender of the participants. I certainly wasn’t being sexist. Like the former Irish international, I merely believed that a contact sport of such obvious attrition lent itself more to the male version of the game. That the ladies, as good as they obviously were, were unable to replicate the physical intensity and aggression that’s routinely seen in a men’s rugby match.

Based on recent evidence, I’m more than happy to admit that I was wrong.  Women’s Rugby is on a definite upward curve in terms of skill and interest, as the substantial crowds have testified this week. The fans wouldn’t be coming in their droves if the standard wasn’t excellent. Women’s Rugby has indeed arrived and its emergence is a tremendous credit to everyone involved. The product may differ slightly from what punters are used to, but it undoubtedly has much to offer. Indeed, like tennis, it can be the variances that make us enjoy the sports even more. Vive La Difference!

Despite the undoubted spectacle on offer, there’s another reason to support the Women’s Rugby World Cup. With Ireland’s bid for RWC 2023 still under consideration by World Rugby, a successful tournament can only work in the country’s favour. With everything still to play for, there’s a real incentive for Irish rugby to show the world what a wonderful job it can do. We all know about Irish hospitality, infrastructure, organisation and, of course, our wonderful fans. In Ireland, we don’t just believe, we know that we have the tools and resources to host a major international sporting event. But it’s not enough to say it. Much better to demonstrate our aptitude to as wide an audience as possible. If Ireland manage to secure the rights to host RWC 2023, the next couple of weeks could be crucial in the mission. Another reason to cheer loudly for our ladies. Here come the girls. Come on Ireland!!

On a completely unrelated note, events last week reminded me of some of the discussions I had while Donald Trump was running for the presidency. Whenever I expressed concern over a potential Trump victory and what that might mean for global relations, I recall a lot of people reassuring me: “Don’t worry, he’s very insular and isolationist by inclination.” Well, it doesn’t seem to be working out like that! Here’s hoping that cool heads prevail in this latest, unnecessary showdown. We elect our leaders to lead, to demonstrate calm, considered and reflective authority. To deescalate conflict and tension. They’re privileged to serve us. With that honour comes a massive responsibility. It’s about time they showed it! 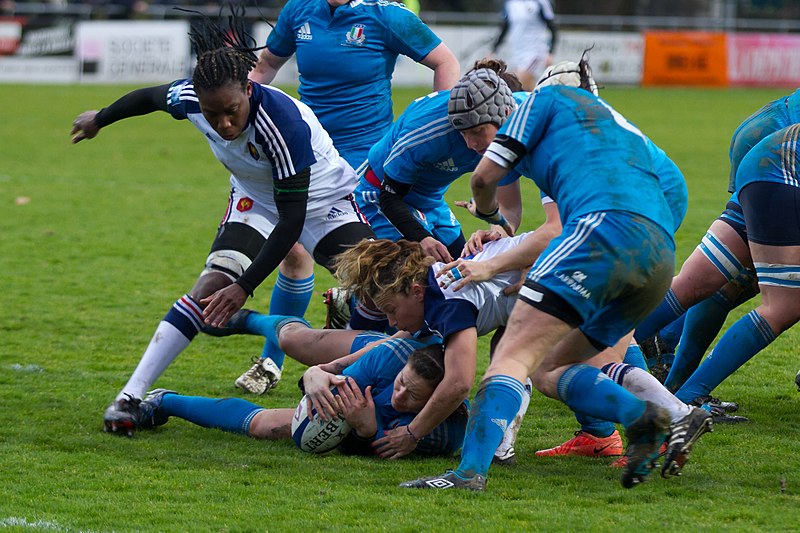