Blacklash or back-up? Prior to yesterday’s game, we speculated which it would be. Would Ireland  replicate their historic win over a chastened All Blacks in Chicago? Or would the peerless world champions atone for a momentary blip on their relentless drive for world domination by routing the Irish? In the end, it was neither.

New Zealand predictably prevailed at the Aviva Stadium in front of a raucous and expectant Irish crowd, but don’t let the scoreline deceive you. Ireland played incredibly well yesterday. In fact, they were superb. Only the result was missing. Chicago was not only backed-up and emulated, but to  a degree, surpassed. The All Blacks came to Dublin highly motivated and bristling with intent. Back to full strength and with a full panel to choose from, the world champions threw the kitchen sink at Ireland, but couldn’t subdue them. The hosts kept attacking and it was they who looked fresher at the end of a hugely attritional battle.

The New Zealanders played right on the edge, as they thundered into the collisions with a ferocity that’s reserved only for the biggest battles. The game’s pin-up boys sauntered through the Rugby Championship like it was a stroll in the park, amassing massive scores against some of the best defences in the world, playing beautiful, running rugby in the process. The Kiwis didn’t have the same luxury against Ireland. Instead, they had to fight for everything they got. Boy, they were made to work for it. In fact, Ireland’s defence was only breached through a combination of individual brilliance, slight defensive errors and, to be honest, some questionable refereeing decisions. In a contest of breathtaking test match intensity, the Irish gave every bit as good as they got. Leaving the ground yesterday, the pervading feeling of disappointment was palpable among the departing fans. And yet, in the cold light of day, this was a performance to take pride in; one which instils considerable hope for the future.

Fantastic individual performances were littered throughout the side and contributed to a fine collective effort. His defensive lapse for Beauden Barrett’s try aside, Conor Murray was again awesome; the fulcrum of everything Ireland did well. Surely, the Munster man, barring injury, is now nailed on as the starting Lions scrum-half this summer? Tadhg Furlong wasn’t too far behind him. Furlong’s scrummaging prowess has been obvious for a while, but he was immense around the park yesterday as well; bashing opponents all over the place. He was great in Chicago and even better yesterday. The Irish tight-head is another to have catapulted himself firmly into Warren Gatland’s consciousness.

However, the best performance came from Sean O’Brien, by a country mile. Incredibly, O’Brien’s selection had been debated prior to the game, with several pundits suggesting he might be omitted from the squad altogether! Instead, we were treated to a back row masterclass from the Tullow Tank. Every time Ireland’s openside got the ball, he made ground. O’Brien must have covered  every blade of grass in Lansdowne Road yesterday in a very dynamic performance. It says everything about the high standards the Irish flanker sets that he’ll probably be more concerned with the two try-scoring chances he failed to take than lauding his best display in a green shirt for a long time.

In truth, the rugby gods deserted Ireland yesterday. The men in green were extremely unlucky to lose Sexton so early. Not to mention Chicago match-winner Robbie Henshaw, who was poleaxed by a horrendous Sam Cane tackle. How the New Zealand openside escaped (at least) a yellow card is utterly beyond me. And not forgetting CJ Stander, who was having an absolute stormer until he was removed from the action for an apparent head injury assessment, not to return. Josh van der Flier wasn’t too far behind the more experienced O’Brien in the carrying stakes. There’s fierce competition for places in the Irish back row and it’s truly mouth watering to consider the abundance of talent available when everyone’s fit.  Garry Ringrose and Paddy Jackson also contributed impressive cameos off the bench, providing welcome legs and attacking impetus when Ireland were chasing the game in the second half.

To be honest, we’ve become a bit spoilt. As I left the stadium yesterday and headed for the train home, I wondered where my acute feeling of despondency had come from. Even 2013 didn’t feel this bad. After all, it’s no disgrace to lose to the bloody All Blacks! Then it dawned on me that the sense of disappointment is directly proportional to the level of expectation. What we’re seeing is without precedent. There’s never been such optimism within Irish rugby. This team has taken us to uncharted territory. We must adjust our horizons accordingly. Ireland are swimming with the sharks, the big boys. We’re not going to win them all. That’s sport. That’s life.

But the fact Ireland are prospering in this exalted company shows how far the team has come. We’re seeing a seismic shift in Irish rugby and it’ll be fascinating to see how far they can go on Schmidt’s intelligent watch.  When losing to the All Blacks by 12 points prompts a bout of soul searching, you get an emphatic sense of the recent progress. Irish rugby is in a good place. Sean Fitzpatrick spoke yesterday about a clash between the two best teams in the world. Think about that. Yesterday’s result was certainly disappointing, but there’s absolutely no need for any Irish rugby fan to feel all black as the weekend draws to a close. 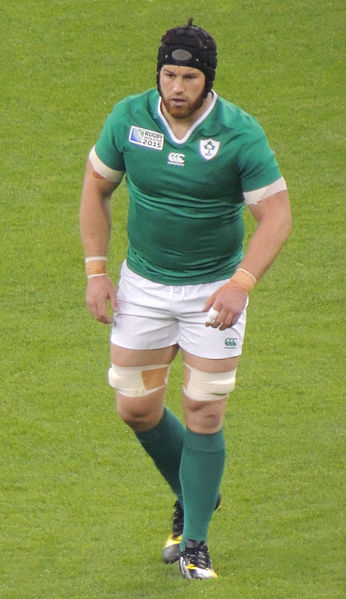