We all wondered how the streak would end. Nothing lasts forever. All good things come to their natural conclusion at some point in time. No-one expected it to be yesterday, though. The Irish rugby team’s trip to Chicago to take on the mighty All Blacks was understandably billed as mission impossible. Yes, the trip was important in terms of marketing and global rugby politics; a sort of evangelist mission to take the oval ball game to one of the sport’s final frontiers. And of course a trip to see the sights of Chicago in the beautiful autumnal sunshine is never something to be sniffed at. But no-one expected Schmidt’s boys to win. Nobody. Not even the most ardent Ireland supporter.

You have to consider the context to understand this lack of optimism. New Zealand are the current world champions and have just completed the Rugby Championship unbeaten, amassing ludicrously large scores in the process. When the All Blacks defeated Australia a couple of weeks ago, the New Zealanders set a new world record of 18 consecutive Test wins. Such was their aura of invincibility, many pundits hailed these All Blacks as the greatest team ever to play the game. The very best.

Irish excuses were ready made and well prepared in advance. The travel, injuries, lack of game time for key men, truncated preparation, limited time together, jet lag…..I could go on. It was even mooted that Schmidt regarded the Chicago expedition as no more than a hit out, a shot to nothing and was targeting the forthcoming game in Dublin as Ireland’s more realistic chance of victory. With the Irish written off in all quarters, therefore, a New Zealand victory was seen as a virtual fait accompli. Ireland tore the pre-ordained script into a thousand pieces; the world champions falling unwittingly into Joe Schmidt’s unexpected ambush.

In writing a blog, I try very hard to avoid the treacherous world of sports writing cliches. It’s easy to fall into the trap. You know the sort of thing: “The boys done good, the crowd were the 16th man, Chicago was painted green last night etc….” All that meaningless nonsense. I don’t believe in unnecessary hype or exaggeration, either. If a story is strong enough or has enough resonance, it tells itself. No amplification is needed. When everyone else is getting carried away, I always strive to be realistic and measured.

I haven’t watched the game again yet, but my initial impression is that I can’t remember a better Irish performance. That’s why I’m unusually reticent to play this one down. Ireland not only beat a great New Zealand team, they dominated them for large portions of the game. And even when the All Blacks stormed back into it in the second half-as was inevitable-the men in green still had the mental fortitude and resilience to close it out. If this was one of the best Irish performances ever, it was because it simply had to be. Nothing else would be sufficient against one of the standout rugby teams of any era.

Ireland were wonderful. Schmidt’s bespoke game plan was implemented to perfection. Contrary to presumptions, the Irish kept the ball in hand and switched the point of attack with immaculate precision. In coordinating the effort, half-backs’ Johnny Sexton and Conor Murray were outstanding. Their endeavour was matched by Ireland’s magnificent forwards, who bossed the Kiwis in most areas throughout the game.

New Zealand’s makeshift second row made them susceptible to Irish pressure and Schmidt conceded last night that Ireland’s greater experience in the engine room allowed “access” into the game. In truth, it did much more than that. Ireland’s set-piece ascendancy enabled them to achieve unprecedented levels of dominance in the first half. What’s more,the front row of McGrath, Best and Furlong put in mammoth shifts in both loose and tight play. They were awesome. And Jordi Murphy was the embodiment of athleticism and industry before injury cruelly curtailed his afternoon; the Irish openside being replaced by the equally effective Josh van der Flier. Furthermore, the performance was buttressed by a herculean defensive effort that defied belief.

And what about Rob Kearney? The Louth man has been criticised by all and sundry recently, with his place in the team openly questioned. Yesterday, the Irish fullback reminded us what a classy and intelligent player he is. But they were all great. They really were. Henshaw, Zebo, Trimble et al. Heck, I should just list the entire squad and be done with it! The glue that keeps it all together is Ireland’s indomitable captain, Rory Best. Strangely enough, the Ulster hooker still has his detractors after years of consistent excellence in an Irish shirt. I can only assume these critics suffer from some form of visual impairment. Best is a wonderful rugby player and a consummate leader to boot. No-one does more for this Irish team than the reliable Ulster man.

I’m pleased for Best on a personal level. It’s somehow fitting that he led the Irish to their first Test win over New Zealand. One of the privileges of covering local rugby is you get to meet the players. While all players are extremely polite, some are a little different to how you imagined them. You get the impression that some rugby players (either consciously or unconsciously) adopt a bit of a media persona. Not Best. What you see is what you get. A man of complete modesty and humility. He deserves this moment. Think of all the great players and captains who competed against the All Blacks, but came up short. Best’s achievement is indeed remarkable. The former Portadown College pupil has delivered the goods.

And let’s not forget the mastermind behind it all; the architect of Ireland’s finest win. Joe Schmidt has copped his fair share of criticism, but this win is a timely reminder of the Kiwi’s coaching talents. Who knows how long he’s been planning this carefully constructed ambush. If this is what Schmidt can do with restricted preparation, we should be very excited about the next few weeks. The World Cup quarter-final seems a long time ago now. Ireland’s opponents should be worried. The best coach in world rugby has got his mojo back and I doubt he’s in any mood to stop here. 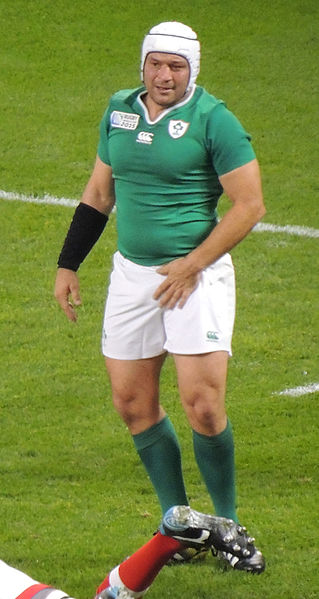