Sad news has emerged from the world of rugby with the dreadfully unfortunate confirmation that Wales and Lions’ legend Sam Warburton has been forced to retire from the game at the ridiculously young age of 29. Generous tributes have been liberally and predictably offered from all corners of the globe. It’s a reflection of the unanimous esteem in which the Cardiff, Wales and Lions’ stalwart is held by the game he’s graced with such class for the best part of the past decade.

Warburton is indeed a colossal loss to rugby. Since the announcement, there’s been fervent debate in Twitter land regarding whether the Cardiff Blues openside can legitimately be considered one of the genuine greats. And indeed there are strong points of view on both sides of what’s been an impassioned argument. People sometimes get bogged down in detail and complexity when attempting to make such subjective assessments, to such an extent they often can’t see the wood for the trees. Others foolishly fall back on statistics to prove their point. Lies, damned lies and…….

For me, it’s much more straightforward. My definition of sporting greatness is infinitely more simple, but as a test, I’m adamant that it works. In fact, it’s virtually infallible! My test of rugby greatness is this: the ability of a player to transform the fortunes of a side just by their mere presence. The capacity to not just improve a team but make it immeasurably better by your place within it. Consider all the modern day greats of the game: Martin Johnson, Jonny Wilkinson, Richie McCaw, Dan Carter and Brian O’Driscoll, to name but a few. They all inspired teams to success and achievement through brilliance, influence and talent. Those players possessed individual skills that elevated  teams beyond collective limitations.

Sam Warburton was undoubtedly in that mould. Maybe not the flashest, but he always delivered when it really mattered. The Wales flanker improved teams significantly and decisively by his presence. Sam was obviously a tremendous technical rugby player, strong in the tackle and an imperious operator at the breakdown. That was Warburton’s bread and butter, of course. The former Wales captain was also a much more prolific ball carrier than he was ever given credit for. However, as all rugby fans know, it takes much more than technical proficiency to be a truly great Test back rower. Warburton also possessed the hardness and resilience necessary to operate at the coalface of his sport. ‘The Mongrel Dog’ as they call it in New Zealand.

Warburton also had that intangible, undefinable quality; the attribute that’s so devilishly elusive in life but we all know it when we see it. Leadership. Some forwards are born to be captains: Johnson, Fitzpatrick and McCaw spring immediately to mind. Warburton too. There’s no doubt about his place among that pantheon. Most great captains are wonderful rugby players, but alas not all great players are captaincy material. Sam Warburton was both. It’s a delicate balancing act. The best captains need to have enough intelligence to understand the tactical and technical nuances of the game, an instinct to make good decisions under the most acute pressure and have an ability to inspire the players around them through words and deeds. Diplomacy is vital too. Who better than the softly spoken Sam at getting into the ears of the most stubborn of referees?

In making a case for greatness, Warburton’s accomplishments with the Lions are surely enough to get him there if nothing else. Emulating that other great skipper of the modern era, Johnson, leading the tourists on two separate expeditions is a magnificent and monumental achievement in itself. But it’s Warburton’s record with the Lions that stands out like a shining beacon. A series win against the Aussies, followed by a superb draw against the world champions in their own back yard. Gee, that’s not a bad CV for a guy who’s been forced to retire the wrong side of 30! It’s an interesting debate, but I know which side I lean towards. A modern great of the game? Unquestionably! It’s the end of the road, playing wise, for one of the good guys but what a career he’s had. Play it again Sam. I’ve no doubt Warburton will excel in whatever he turns his hand to next 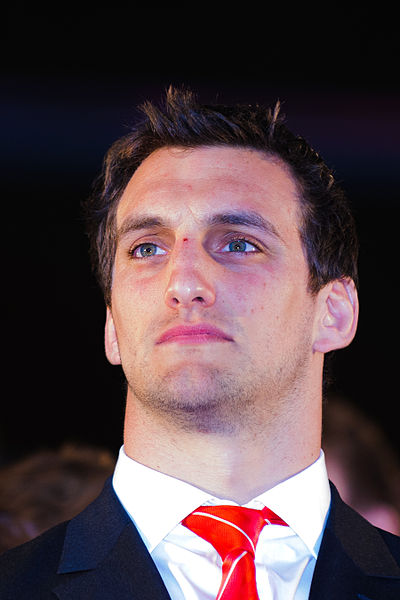 By Blackcat [CC BY 2.0 (https://creativecommons.org/licenses/by/2.0)%5D, via Wikimedia Commons