I bought the new Liam Gallagher album As You Were on I-Tunes recently. I’m a little behind the times that way. Believe it or not, I still download music. I guess I’ve always been a little old-fashioned in that respect. When CDs first came into vogue, I still had more than my fair share of cassette tapes. Then when CDs made way for the digital downloading miracle, my music collection was still littered with compact discs. I liked owning something physical, you see, plus CDS were always handy to play in the car. And now the whole world and his wife are streaming their music, I’m still downloading. Perpetually one step behind! Anyway, I digress. Liam’s new album?

Well, I never thought I’d say this, but it’s actually bloody good! The songs are wonderfully melodic and catchy; an obvious progression by the former Oasis front man from his previous incarnation as singer of Beady Eye. There’s an unapologetic, welcome rockiness about the record and it’s also a bit more diverse than I expected. And while the musical style is nothing we haven’t heard many times before from the Gallagher brothers, this album delivers in emphatic fashion, producing plenty of loud, anthemic moments.

As You Were  reflects a new maturity from the Oasis singer. Unfairly or not, Liam was seen in the past as the lighter of the Gallaghers. While older brother Noel was perceived as serious, introspective and deep, Liam tended to be viewed more glibly; shallow and frivolous in comparison. A tremendous front man certainly, but lacking the musical gifts of his songwriting brother. Well, even a cursory listen of As You Were forces us to rethink those preconceptions. Of course collaborators/writers were used, but Liam co-writes throughout the record. It’s a telling and productive contribution.

Wall of Glass, for example, is marvellous, if a little derivative. For What It’s Worth, meanwhile, is perhaps the album’s most talked about track. It’s a great tune and one I’ve found myself singing religiously in recent weeks. While the person (s) the song was written for is a matter of conjecture, the sincerity behind the lyrics is obvious.

Some critics have predictably highlighted the similarity with some Beatles’ songs (and indeed Oasis) but, honestly, what did they expect? This is a Liam Gallagher record! He was always going to pay homage. For anyone put off by such thoughts, don’t worry. Liam’s musical influences give a comforting familiarity to the album, but there’s enough freshness and originality to keep it interesting.

When all’s said and done, it’s hard not to see this record as a triumph. Regardless of how it performs from a commercial perspective, Liam has shown enough quality to make us all stand up and take notice. Which begs an obvious question, what does big brother Noel think of it all? In the years since Oasis split in 2009, Liam’s brother has largely kept his counsel and been considerably less vocal than his younger sibling.

But you can bet your bottom dollar that it hasn’t escaped his attention that Liam has produced a fine record, one worthy of his own exalted standards. For those hopeful souls who think recent events might at last presage an Oasis reunion, you only have to listen to interviews with both men to understand the obvious tension and antagonism that still exists. More relevant, though, is Liam’s emergence as a substantive artist in his own right. Who’d have thought it? In reassessing the Gallaghers’ respective strengths, there’s a chance we’ve been lauding the wrong brother all along.

By Will Fresch [CC BY-SA 2.0 (https://creativecommons.org/licenses/by-sa/2.0)%5D, via Wikimedia Commons 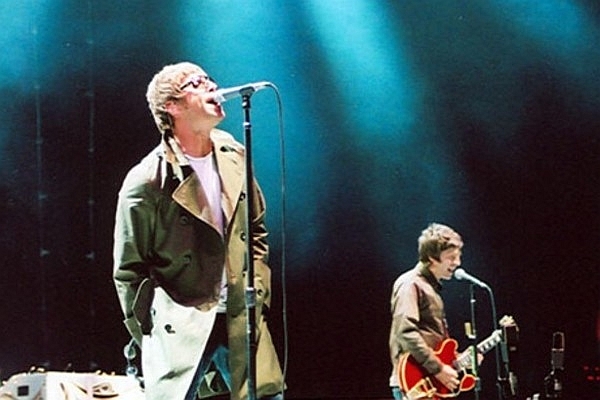 One thought on “Far From As You Were”