Three small words. As far as mantras go, it’s deceptively simple. And yet that concise phrase encapsulates so much.”Better Every Day” is the catchphrase of the New Zealand All Blacks. It’s not so much a phrase as a mission statement, a forceful affirmation of everything this great team is about. For make no mistake about it, the All Blacks are great in every sense of that hackneyed word. It’s hard to improve on excellence. When you’re already the best (and by some considerable distance), how do you become even better? How do you ward off the corrosive effects of complacency and overconfidence? How do you continue the strive for excellence when you’ve already achieved everything your sport has to offer? You do it by being better every day.

We know that the All Blacks are a phenomenon. And yet the current crop is exceeding every expectation in terms of performances and achievements. The men in black have won the last two World Cups and have just wrapped up the Rugby Championship (the southern hemisphere equivalent of the Six Nations) with a 57-15 rout of South Africa in Durban. New Zealand went through the tournament unbeaten-itself a fine achievement. Since winning the World Cup on home soil in 2011, the All Blacks have accrued a winning ratio of 93%. Indeed, since retaining their crown in last year’s World Cup, the world champions have yet to taste defeat-their unbeaten streak encompassing a full calendar year and counting. In fact, last weekend’s facile dismissal of South Africa equalled their own proud world record of 17 consecutive Test wins. Few will bet against them inking a new chapter into the record books in the upcoming weeks.

However, it’s not just the unimpeachable record that’s beguiling rugby fans. It’s the nature of the performances, too. These All Blacks are not simply beating good teams, they’re hammering them. And they’re destroying them with a brand of rugby that’s taking their sport to new levels. This team really has everything. They’re not just streets ahead of every opponent, but light years. From a different planet. It’s not that their weaknesses are imperceptible. Non-existent, more like!

In fact, it’s hard to identify any discernible weak points in the New Zealand side. If any failings exist, they keep them extremely well hidden. Good set-piece, dynamic forwards, creative backs, pace, power, experience, tactical nous, offloading, imperious kicking…….I could go on ad nauseam.  The All Blacks have it all. To be honest, I actually don’t think that this is the best All Blacks team I’ve seen, talent wise. However, despite that, Steve Hansen’s men have found a way to take consistency of excellence to new levels. They invariably find a way to win, even when not playing well-the definitive hallmark of any great side. Winning is not so much a habit as an imperative for these guys. As former England coach Stuart Lancaster once said, they are always finding a way to out-think opponents; to “problem solve” in the moment.

So how is such excellence sustained? How does a great team continue to get better? “Better Every Day” was first introduced by former All Black coach Graham Henry and the motto has been continued under the astute supervision of his successor, Steve Hansen. Henry conceived the phrase as a way of guarding against complacency and ensuring his side always performed to its optimum. While the All Blacks famously set the bar high, Henry wanted something that would enshrine and inculcate the expected standards within the squad. Something that would prevent them relying on past accolades and push on for more success. To not just set standards, but instil a philosophy where the entire organisation was constantly focused on getting better. That’s what the phrase means. “Forget about what you’ve achieved in the past, what have you done to improve yourself today?” “What are you doing to improve yourself tomorrow?”

Ostensibly the phrase is a bit glib when you first hear it, but its meaning is actually rather profound. Contrary to first impressions, the motto isn’t about perfection. It’s about the quest for excellence. Always striving to do better. Looking for constant improvement. Not being content simply to maintain standards, but wanting to enhance and augment them. Never settling for anything but the best. It’s also about learning. The concept is: achievement is a journey rather than a destination. And common goals are made manifestly easier when everyone commits to continuous improvement; learning everyday to make the team better. By committing to constant improvement, standards aren’t just adhered to but really amplified, in both an individual and a collective sense. Objectives are rigorously and methodically surpassed; achievements routinely ticked off through a relentless desire to reach the highest standards.

Therefore, “Better Every Day” isn’t just a highly effective team motto. It’s much more than that. It’s a value system. Those three short words encapsulate everything that it means to be an All Black. That it’s not enough simply to win. You have to keep winning, keep learning, keep striving to be better and do better. And like all great value systems, the phrase is universal; you can apply it to virtually anything. It’s the reason why the All Blacks are so good. The reason they win more often than they lose. The reason why they are never content with past achievements, but are always looking for more. It’s the reason why they never succumb to complacency. It’s the reason the All Blacks are so far ahead of the game and the rest of the world is forlornly playing catch-up. Any team or individual can have talent. But talent alone doesn’t equate to greatness. What all great sportsmen have in common is an irrepressible drive for excellence. An insatiable appetite for success that countenances almost any sacrifice in its fulfillment. A steadfast refusal to accept anything less than the best. To not just go the extra mile in the pursuit of greatness, but to travel the extra highway. “Better Every Day” as a way of life. Ireland play this great side twice this autumn. Some fans are predicting Joe Schmidt’s men will finally break their All Black duck. You have to admire such optimism! This prediction could come back to haunt me and I’ll be delighted if it does. Ireland have two chances of beating the current All Blacks: slim and none. And slim is leaving town fast!

By Roman.b (Own work) [FAL], via Wikimedia Commons 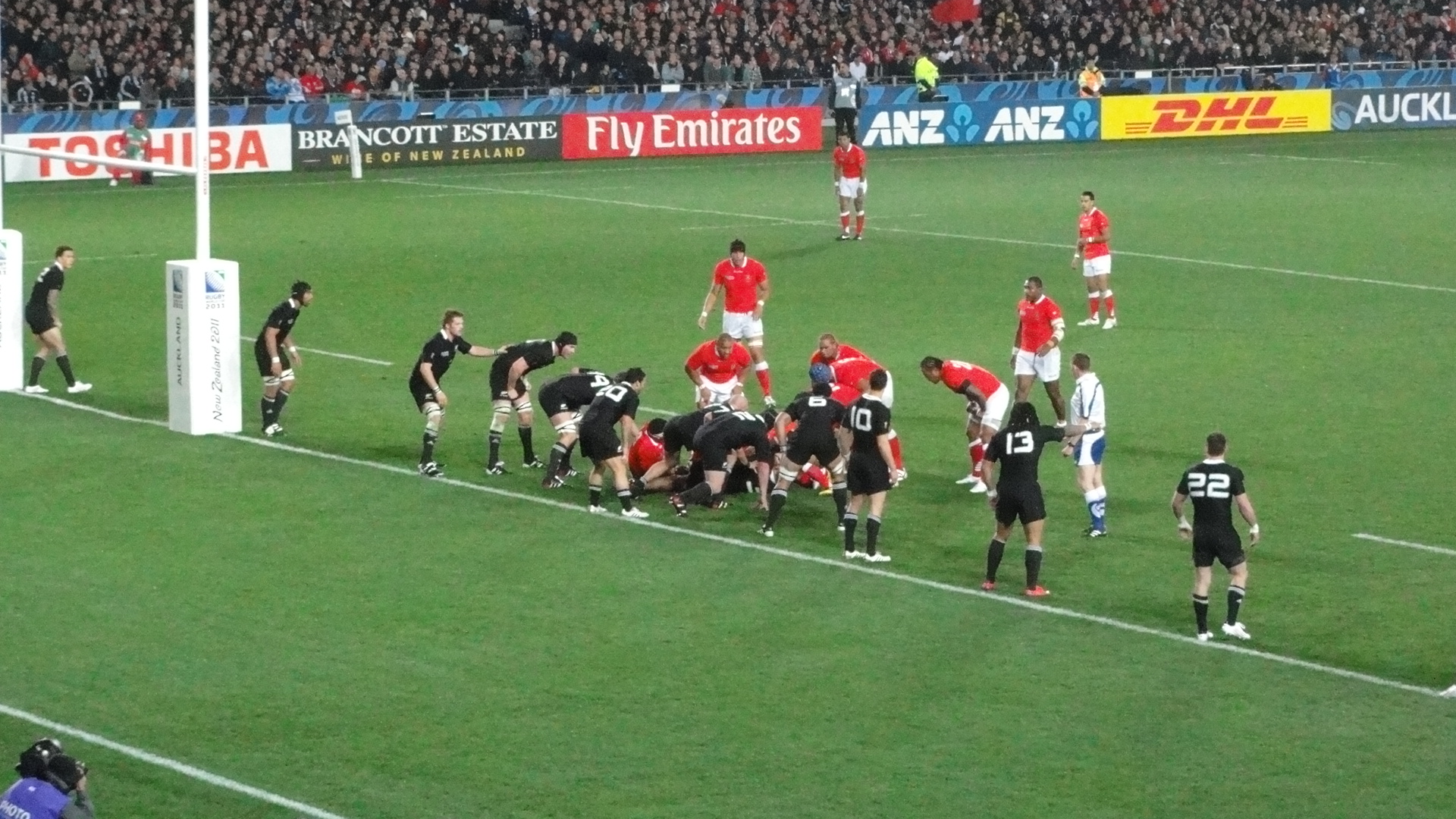