It’s fair to say that the Irish rugby public has had a less than straightforward relationship with head coach, Joe Schmidt. When Schmidt first assumed the mantle of Ireland boss, it seemed he could do no wrong. The Kiwi cut an almost messianic figure, winning praise and admiration from virtually everyone in Irish rugby circles. Sure, like anyone in the public eye, Schmidt had his detractors, but the prevailing consensus was that Ireland had bagged one of the smartest and most capable coaches on the international rugby circuit. Schmidt was the man. And Ireland’s subsequent results vindicated this assessment. Schmidt led the men in green to an unprecedented two Six Nations victories in succession, masterminding a remarkable run that culminated in Ireland’s superb destruction of Scotland in the 2015 Six Nations decider. Schmidt’s totemic status was assured, as sports fans the length and breadth of the country became enamoured with the erudite but unassuming New Zealander. And the affection was reciprocated. Ireland’s coach seemed genuinely taken with his adopted home, as confirmed by his proud naturalisation as an Irish citizen last year.

So far, so good. But then something changed. That something was the 2015 Rugby World Cup.  The relationship altered after that. It became complicated. While I’ve no reason to believe that Schmidt’s opinion of Ireland changed, there’s no doubt that the post-World Cup period has seen an altering in the perception of the coach by fans. Of course supporters were naturally devastated when Ireland crashed out the tournament at the hands of a classy, ascendant Argentina side. But the questioning of Schmidt’s methods went beyond mere disappointment with the outcome of the doomed quarter-final. The entire modus operandi of the  Schmidt regime was openly challenged. All of a sudden, all and sundry were disputing Ireland’s style of play. Apparently, we were boring, predictable, one dimensional. Those were some of the kinder verdicts! That’s not to say concerns over style hadn’t been expressed prior to the tournament. Before RWC 2015  kicked off, many pundits had pleaded for a more expansive and entertaining game plan. With the side winning, however, such disenchantment was easily dismissed. Why change a winning formula? That Argentina performance was a game changer in every sense, though. Post-Cardiff, it was open season on the amiable and intelligent Schmidt.

And you know what? It’s all rather unfair and unjustified. More than that, it’s a little un-Irish. I’ve always had a strong belief that us Irish support and cherish our stars and icons in a manner not always seen elsewhere. Maybe we sometimes go a bit too far in our idolatry, but that’s another story. Historically, we haven’t subscribed to the extreme iconoclasm that our English neighbours-especially their tabloid newspapers-seem to revel in. Building people up just to mercilessly knock them down? As a nation, it wasn’t something we ever did. It wasn’t our style. And yet here we were apparently doing just that to someone who’s actually done a bloody terrific job for us!

Don’t get me wrong. I’ve been as critical as anyone about Ireland’s oft conservative style of play. There’s been plenty of times in the past eighteen months where I’ve been willing the boys to throw off the shackles and give it the proverbial lash. But I’ve always appreciated Schmidt. My admiration for him hasn’t dimmed. As a rugby fan, I understand the value he adds as a tactician and strategist. Some of the more vitriolic and polemical criticisms are hard to fathom, therefore. Maybe it’s a symptom of modern society. We live in an internet age, in an era where bland soundbites and easy answers replace rigorous analysis and assessment. An age where Twitter threads and chat rooms silence the real experts. And such unfiltered noise can drown out the evidence of our own eyes.

The thing is we’ll miss him when he goes. Schmidt is on record as saying he’ll make his mind up about his future this summer. Ireland’s coach is contracted until next spring, but thereafter he’s a free agent. While an official announcement might not come until later, it’s suspected that Schmidt’ll reveal his intentions to his employers before the end of the summer. Having waited until the finale of the recent tour to South Africa-itself a tremendous success-Schmidt’s attention now turns to his future. It’s making his mind up time. No-one knows for sure, but the early indications suggest Schmidt might go. The Irish boss has already been linked with the Highlanders and Chiefs in his native New Zealand recently.

If Schmidt has an ambition to coach the All Blacks, a return to the land of the long white cloud is an essential piece of the jigsaw. However, professional aspirations aren’t the only consideration. As Schmidt movingly revealed last month, his family is his absolute priority and the health of his son Luke will be foremost in his mind. Will Schmidt stay or go? I don’t know.  Like the majority of Irish fans, I’d love him to stay and finish the job with this talented and ambitious group of young Irish players. If he goes, though, I wholeheartedly wish him all the best for the future. He’s a great coach who’s undoubtedly done a wonderful job for Irish rugby. I believe the overwhelming majority of Irish rugby people feel the same. I don’t believe that his pernicious critics represent the true fans. For all his detractors, though, it’s worth bearing in mind one of the great truisms of life. You only realise what you have when it’s gone. 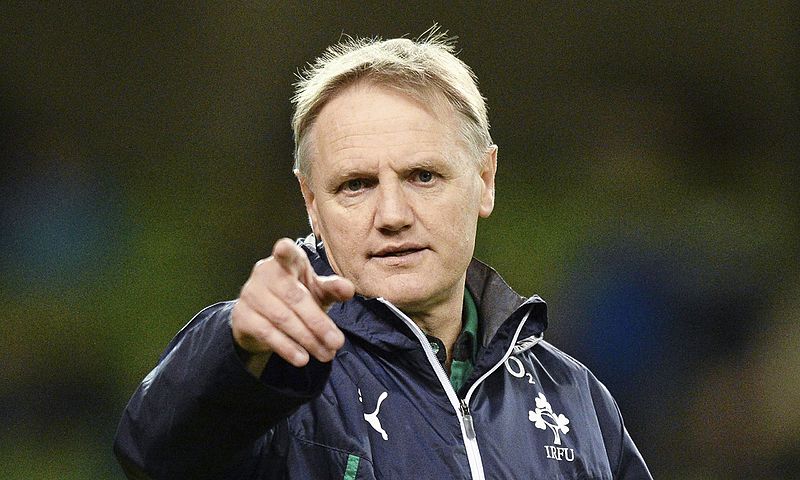